Back at the Street Fair for the first time in several years, 1000 Mile Highway were formed in early 2009 from local musicians from Charlbury and quickly put together a set of American roots music, country and country rock that immediately won them a massive fan base which now numbers in the 100’s!! We have played at several Festivals (including being the only band to play at every Wilderness, along with Cornbury, Riverside,  Nor Lye, Witney Music Festival and LibFest as well as some of Oxfordshires finest venues including The Bullingdon, Fat Lil’s,  Jericho Tavern, The Skittle Alley and The Wheatsheaf. 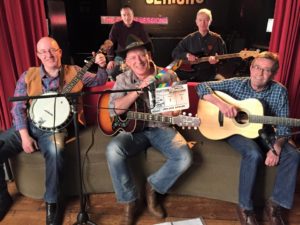 Playing a mix of original songs and covers from the likes of Johnny Cash, Steve Earle and Bruce Springsteen, the band also take original songs from the American traditional songbook and add their own flavour to guarantee a night of foot-stomping country.
.